Paramount Pictures has announced the released date for its long overdue sequel Coming to America 2. The comedy has been set for release next summer on August 7, 2020. Coming to America was released back in 1988 and became a blockbuster comedy for Eddie Murphy. Directed by John Landis (Trading Places), the film helped to propel Murphy’s successful career and launched the career of Arsenio Hall. Both Murphy and Hall portrayed multiple characters in the film in addition to the main characters Prince Akeem and Semmi. 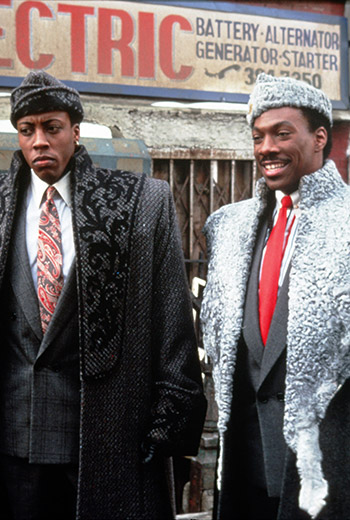 In the original, Eddie Murphy plays a pampered African prince Akeem, who rebels against an arranged marriage and heads to Queens, NYC with his faithful retainer Semmi (Arsenio Hall) to find a new bride. To avoid gold diggers, Akeem conceals his true identity and gets a job at a fast-food restaurant hoping to find a woman of his choosing. Craig Brewer (Hustle & Flow, Black Snake Moan) is set to direct the sequel.

In the sequel, Akeem learns about a long-lost son, and must return to America to meet the unlikely heir to the throne of Zamunda.

Kenya Barris (Girls Trip) is rewriting a script by original ‘Coming to America’ writers Barry Blaustein and David Sheffield. Murphy is producing with Kevin Misher and Barris is executive producer.