The first movie poster for the much-anticipated next chapter of The Twilight Saga, Breaking Dawn – Part 1 has been released. The poster features the spectacular colors of the dawn sky over the town of Forks.

In the highly anticipated next chapter of the blockbuster The Twilight Saga, the newfound married bliss of Bella Swan (Kristen Stewart) and vampire Edward Cullen (Robert Pattinson) is cut short when a series of betrayals and misfortunes threatens to destroy their world. Check out the poster after the jump. 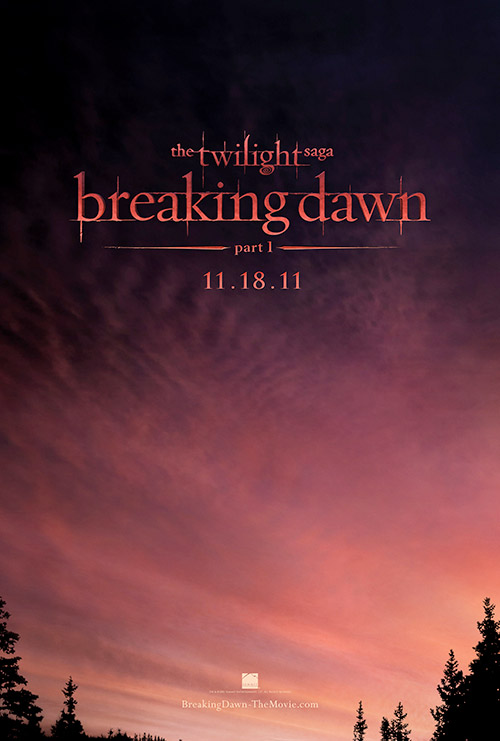