Watchmen Merchandise Out of Retirement 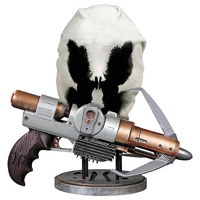 Back in 2001 DC Direct planned to release Watchmen action figures to celebrate the 15th anniversary of the acclaimed graphic novel. Unfortunately those figures were never released due to conflicts with ‘Watchmen’ creator Alan Moore. It’s unfortunate because the movie tie-in merchandise is selling like gangbusters.

Say what you will about the Zack Snyder directed movie (l loved it) but ‘Watchmen’ merchandise is a huge hit with moviegoers and fans of the graphic novel alike.

Everything ‘Watchmen’ is flying off the shelves and the inkblot masked vigilante Rorschach (Jackie Earle Haley) is without a doubt the most beloved character in the film. Everyone wants to own his mask, grappling gun and fedora.

Below I’ve posted a few of the high-end items like “Rorschach 1:6 Scale” and the hot selling “Rorschach Action Figure,” in addition the hard-to-find “The Comedian (Flashback) Action Figure Variant.” Take a look at the figures below and click on the images or links for more details. “I leave it entirely in your hands.” Order ‘Watchmen’ now and save on DVD Theatrical Cut, Director’s Cut and Blu-ray! 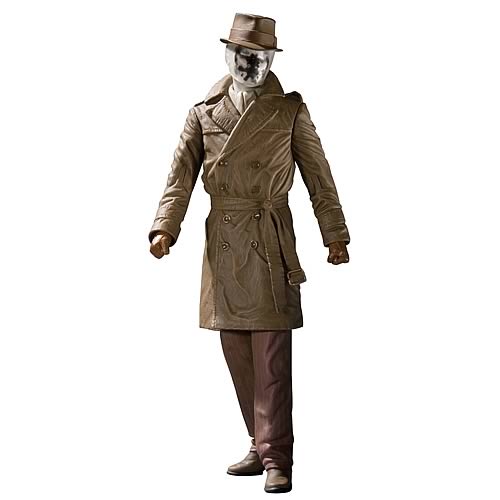 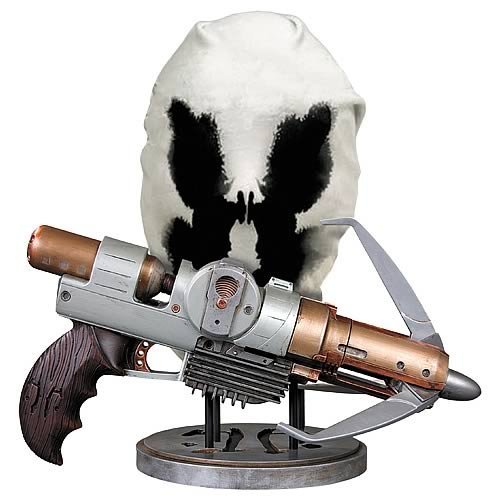 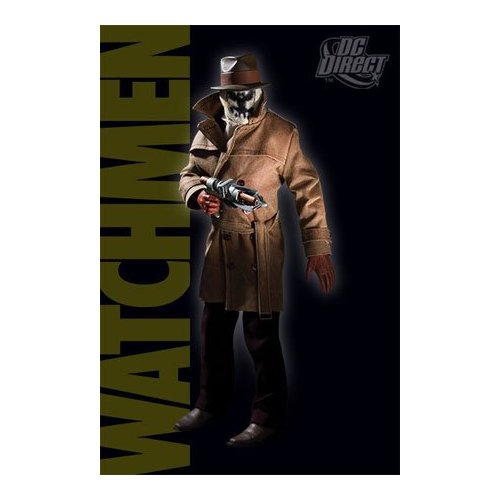 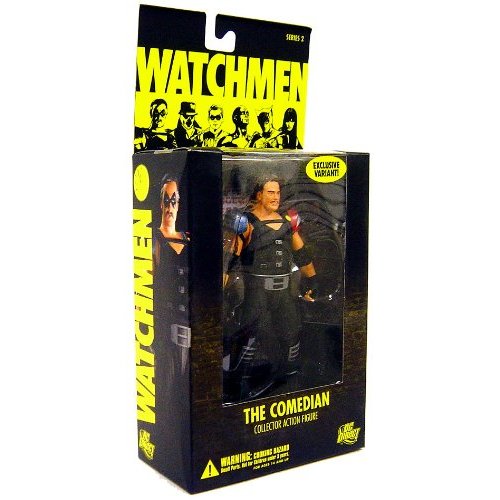