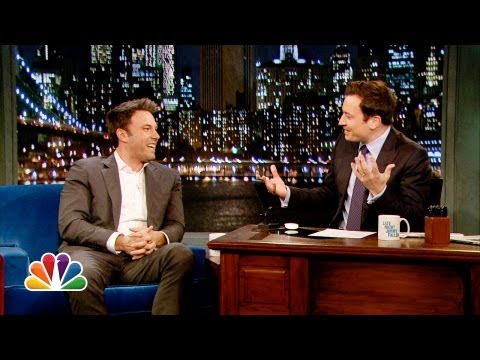 Ben Affleck talks about being cast as Batman in Zack Snyder’s upcoming Man of Steel sequel Batman Vs. Superman on Late Night with Jimmy Fallon.

In the interview, Affleck compares raising his son to his two daughters, and talks about his upcoming role as Batman. You can watch the interview below.

On the heels of the worldwide success of Man of Steel, director Zack Snyder is bringing together the two greatest Super Heroes of all time—Batman and Superman—for the first time on the big screen.

Along with its star, Henry Cavill, the upcoming film brings back Amy Adams, Laurence Fishburne and Diane Lane. Ben Affleck will don Batman’s cape and cowl, and play his alter-ego Bruce Wayne. Batman Vs. Superman is scheduled to arrive in theaters on July 17, 2015.