[ad name=”468×60-text-film-ad”]
Gugu Mbatha-Raw, Nate Parker and Minnie Driver star in the music industry drama Beyond the Lights, formerly titled Blackbird. Watch the movie trailer and view the movie photos and poster for Beyond the Lights below. Noni (Mbatha-Raw star of ‘Belle’), a talented young musician on the brink of super stardom struggles with the pressure of her new-found success – until she meets Kaz (Parker), a promising young cop and aspiring politician who’s been assigned to her detail. BEYOND THE LIGHTS is the story of Noni, a hot new award-winning artist who is primed for superstardom. But not all is what it seems, and the pressures cause Noni to nearly fall apart – until she meets Kaz Nicol, a promising young cop and aspiring politician who’s been assigned to her detail. Drawn to each other, Noni and Kaz fall fast and hard, despite the protests of those around them to put their career ambitions ahead of their romance. But it is ultimately Kaz’s love that gives Noni the courage to find her own voice and break free to become the artist she was meant to be. 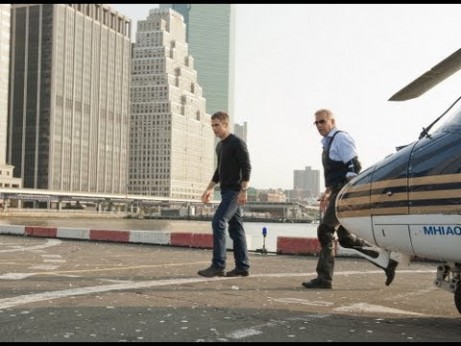 [ad name=”468×60-text-ad”] To celebrate the theatrical release of Jack Ryan: Shadow Recruit we’ve assembled the theatrical movie trailers for all five films based on the CIA analyst created by New…