A beautiful hand-drawn movie poster has been created for J.J. Abrams’ Spielberg-esque science fiction thriller Super 8. The fan-made poster is inspired by the works of famed poster artist Drew Struzan, the man behind classic movie posters for the ‘Indiana Jones’, ‘Star Wars’ and ‘Back To The Future’ films among many others.

After witnessing a mysterious train crash, a group of friends in the summer of 1979 begin noticing strange happenings going around in their small town, and begin to investigate into the creepy phenomenon. Check out the poster after the jump.

Click here to see all the ‘Super 8’ images in the photo gallery. 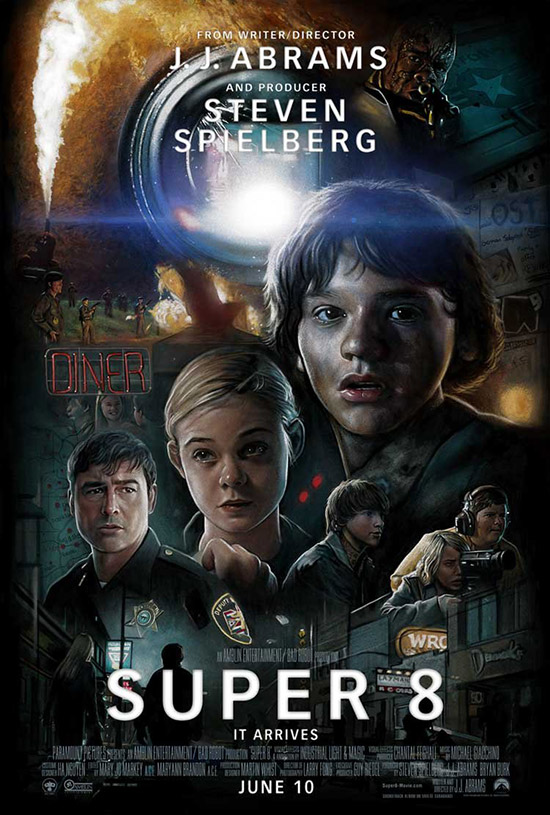 Two homeless people’s lives intersect on the streets of New York in the ‘Shelter’ trailer and poster.

Jessica Alba, Josh Brolin, Eva Green and Mickey Rourke star in Sin City: A Dame To Kill For. Dimension Films has debuted a new movie poster for the upcoming neo-noir…