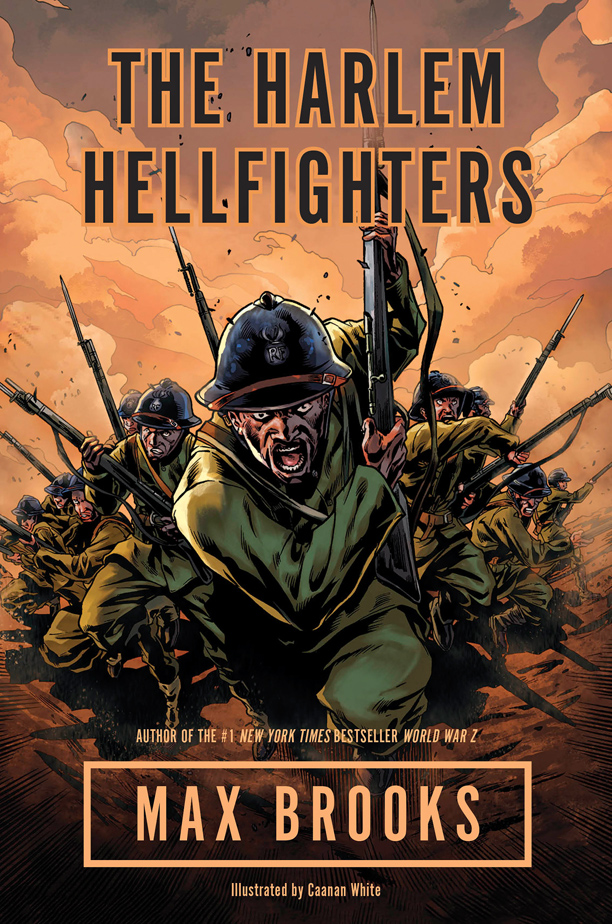 Sony Pictures has picked up the big screen rights to the upcoming graphic novel The Harlem Hellfighters written by World War Z author Max Brooks’ and illustrated by Caanan White. The Harlem Hellfighters is set up for development through Overbrook with Josh Bratman attached to produce. The book hits shelves next month and is described as follows:

In 1919, the 369th infantry regiment marched triumphantly home from World War 1. They had spent more time in combat than any other American unit, never losing a foot of ground to the enemy, or a man to capture, and winning countless decorations. Though they returned as heroes, this African American unit faced tremendous discrimination, even from their own government. The Harlem Hellfighters, as the Germans called them, fought courageously on—and off—the battlefield to make Europe, and America, safe for democracy.

In “The Harlem Hellfighters,” bestselling author Max Brooks and acclaimed illustrator Caanan White bring this history to life. From the enlistment lines in Harlem to the training camp at Spartanburg, South Carolina, to the trenches in France, they tell the heroic story of the 369th in an action packed and powerful tale of honor and heart.