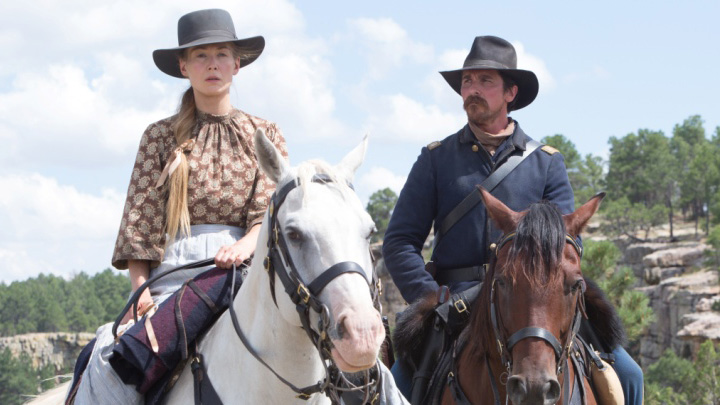 Plot Summary
Written and directed by Scott Cooper, Hostiles takes place in 1892 and tells the story of an Army Captain (Christian Bale) who reluctantly agrees to escort a dying Cheyenne chief (Wes Studi) and his family back to tribal lands. On the journey, they meet a widow (Rosamund Pike) whose family was murdered on the plains and offer their help. As the former rivals make their way from an isolated Army outpost in New Mexico to the grasslands of Montana, their relationship moves from antagonism to compassion, demonstrating humans’ capacity for change. The ensemble cast also includes Ben Foster, Timothee Chalamet, Jesse Plemons, Q’orianka Kilcher, Rory Cochrane and Adam Beach.