[ad name=”468×60-text-film-ad”]
Relativity Media has released the first advance promo banner for the upcoming comedy action-adventure Untitled Snow White Project, a live-action reimagining of the classic fairytale. The promo artwork is on display at the Licensing International Expo.

In the film, an evil queen steals control of a kingdom, and an exiled princess enlists the help of seven resourceful rebels to win back her birthright. Directed by Tarsem Singh (Immortals, The Cell), the film stars Julia Roberts, Lily Collins (The Blind Side), Armie Hammer (The Social Network) and Nathan Lane (The Birdcage). Untitled Snow White Project hits theaters on March 16, 2012. You can check out the banner below! 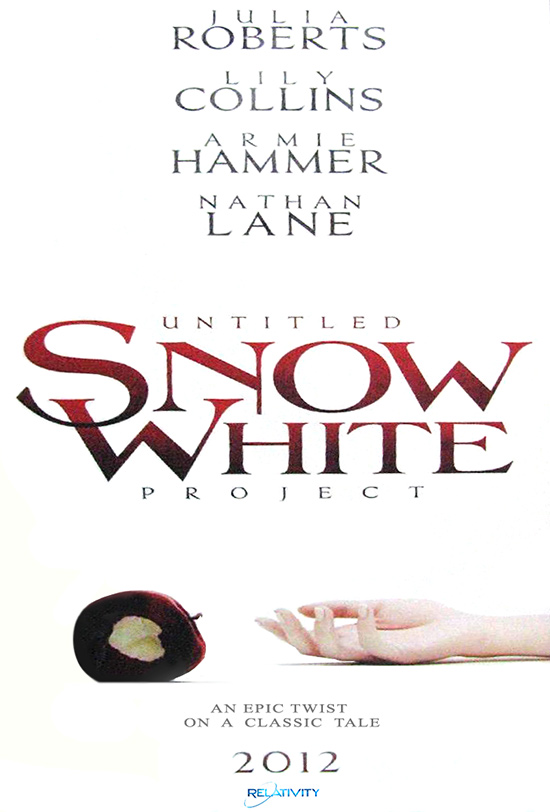