‘Mad Men’ star January Jones and her cleavage grace the cover of the latest issue of GQ. Television’s sexiest 1960s housewife tells the magazine when she first arrived in Los Angeles and was dating Ashton Kutcher, he was not supportive of her acting career. “He was like, I don’t think you’re going to be good at this.” What a mad man. Checkout the January Jones pictures below. 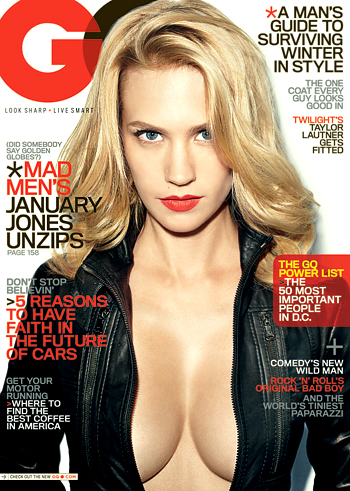 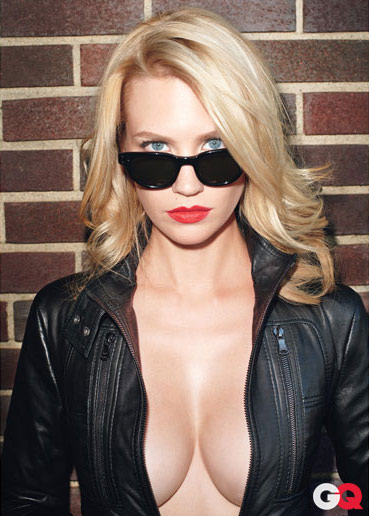