Alexander Skarsgård, Paul Rudd and Justin Therouxn star in the Netflix sci-fi thriller Mute. A mute man with a violent past is forced to take on the teeming underworld of a near-future Berlin as he searches for his missing girlfriend. 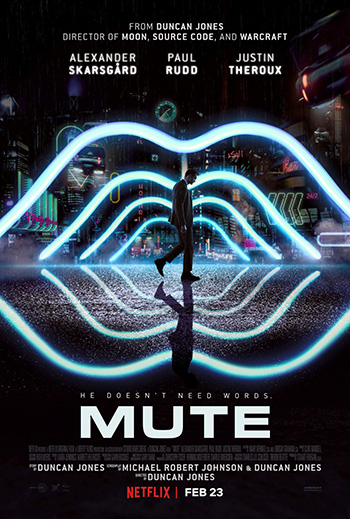 Set in a futuristic version of Berlin, “Mute” is a sci-fi noir starring Alexander Skarsgård as Leo, a formerly-Amish mute who turns private eye to track down his girlfriend through the German capital when she goes missing.