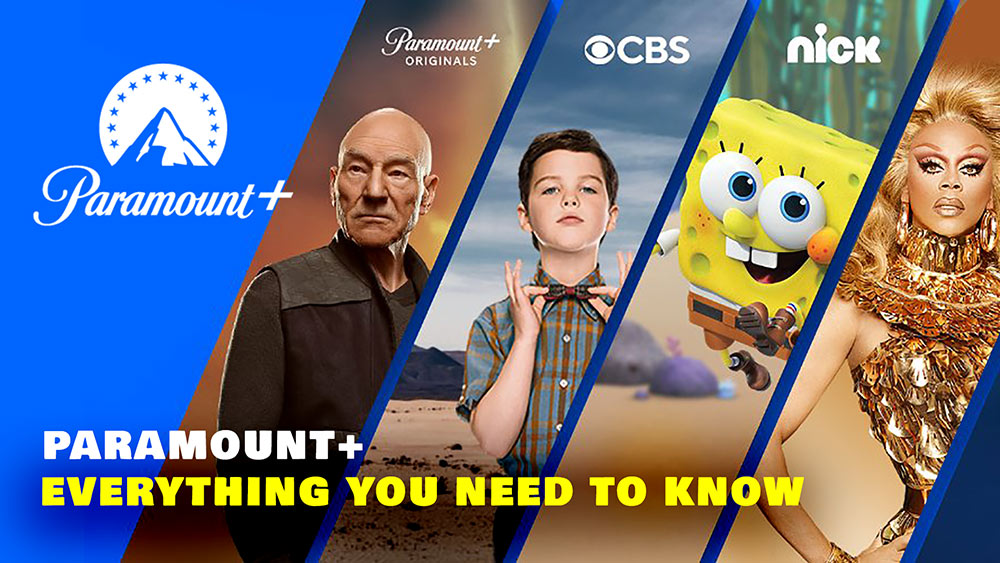 ViacomCBS held a streaming event where they laid out their plans for their new streaming service, Paramount+. and theatrical releases. There’s lots to cover…from exclusive movies to new and returning series. And…did Paramount put a nail in the theatrical window? ViacomCBS didn’t garner much attention last year when they announced that, CBS All Access streaming service will be rebranded as Paramount+.


However, in ViacomCBS Streaming Event, they revealed Paramount+ will feature a content catalog of more than 30,000 episodes, 2,500 movie titles, and 1,000-plus live sporting events and news coverage. Now everyone is paying attention. Let’s start with some of the biggest news to come out of this event.

Fans of Avatar: The Last Airbender can finally rejoice, Viacom-owned Nickelodeon, will launch a new content division named “Avatar Studios” designed to create original animated series and movies based on Avatar: The Last Airbender. The first project under the studio banner will be an original animated theatrical film to begin production this year.

ViacomCBS announced plans to ramp up the production of movies made exclusively for Paramount+. The first of these feature-length films offered will include: A new Paranormal Activity sequel and Pet Sematary prequel will skip theaters and debut on Paramount+. In addition, The In Between, a supernatural thriller, starring The Kissing Booth star Joey King. The all CGI SpongeBob Movie: Sponge on the Run will debut on Paramount Plus at launch.

For Reno 911 fans! Paramount+ is bringing back the hit Comedy Central series as an event special titled, Reno 911! The Hunt For QAnon, as well as Workaholics movie.

The company announced that Select Paramount films will go exclusively from movie theaters to streaming, on the service, just 45 days after their theatrical release including, A Quiet Place Part II and Mission Impossible 7.

This is another major blow to theaters. A 45-day theatrical window is a departure from the traditional 90-Day window that movie theaters typically rely on to earn the bulk of their revenue.

The company also revealed that all of Paramount’s 2021 releases including Snake Eyes: G.I. Joe Origins, Top Gun: Maverick, Sonic the Hedgehog 2, Transformers 7, The Saint, Dungeons & Dragons and Scream reboots will all head to Paramount+ after their respective theatrical runs….however long that may be.

The company’s new licensing deal with EPIX will give the streamer access to non-Paramount movies including, MGM’s Aretha Franklin biopic Respect, Creed III, and Ridley Scott’s The House of Gucci and the new James Bond film, No Time to Die, will go directly to Paramount Plus after their theatrical runs.

The company also announced plans to premiere over 50 original series on Paramount Plus over the next two years with a focus on revivals and new spins of existing IPs.

The streamer will be the home of scripted series based on the films The Italian Job, Fatal Attraction, and Love Story along with The Man Who Fell to Earth sci-fi reboot series starring Chiwetel Ejiofor and Grease: Rise of the Pink Ladies, a musical comedy series that will serve as a continuation of the first two Grease films.

A ‘Star Trek’ series is coming to the service, Star Trek: Strange New Worlds.
The new series will center on Star Trek: Discovery favorites Captain Pike, Spock, and Number One as they embark on the maiden voyages of the USS Enterprise.

Other series include: Mayor of Kingstown from ‘Yellowstone’ co-creator Taylor Sheridan and director Antoine Fuqua, Guilty Party, a dark comedy starring Kate Beckinsale, American Tragedy, following Paramount Network’s mini-series ‘Waco’, the series will tackle complicated moments in true crime, Criminal Minds mini-series – the team is coming back together to investigate a single case over 10 episodes along with 15 seasons of the original CBS series, The Real Criminal Minds, a new true-crime docu-series, 60 Minutes+ a new version of the investigative reporting newsmagazine, and 48 Hours original: The Lie Detector, a Texas Ranger takes viewers behind the scenes of those crimes and into the minds of the people who committed them.

For Kids, Paramount Pictures will theatrically release Paw Patrol: The Movie and Clifford the Big Red Dog, but both will go to Paramount Plus after their theatrical runs.

The streamer is developing live-action versions of Nickelodeon’s Dora the Explorer and The Fairly OddParents exclusively for the service. Paramount Plus is developing a kid-friendly animated ‘StarTrek’ series, called Star Trek: Prodigy, rebooting The Rugrats (with CGI animation and the original voice cast), reviving iCarly, and creating a ‘SpongeBob SquarePants’ spin-off series, Kamp Koral: SpongeBob’s Under Years.

In Reality TV, Paramount Plus will be the new home for Big Brother: Live Feeds, host the companion series Love Island on Paramount+, bring back the OG houseguests on The Real World: Homecoming, and reboot the Real World spin-off Road Rules.

In music, Paramount+ will bring back Yo! MTV Raps, which launched Hip-Hop into the mainstream in the late 80s and 90s. revive VH1’s documentary series Behind the Music and MTV’s acoustic showcase Unplugged.

For sports fans, the service will feature over 1,000 live sporting events per year, including regular-season games, playoffs, championships, and more.

Paramount+ will launch in the U.S., Canada, and Latin America on March 4. The Nordics on March 25, and Australia later this year. The streaming service will introduce two pricing tiers in the U.S. A premium plan at $9.99 per month and an ad-supported base plan at $4.99 per month are available in June.