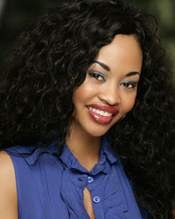 Chima Simone is no longer in the “Big Brother” house. CBS said producers removed the 33-year-old freelance journalist from the voyeuristic reality series for breaking the show’s rules. The network also said Simone will not be part of the jury that selects the $500,000 grand prize winner.

“Chima has been evicted by the producers from the ‘Big Brother’ house for violating the rules,” CBS said in a statement released Saturday. “She will not be part of the show’s jury. Her eviction will be addressed on an upcoming broadcast of the show.” (ABC News)