Yes, that’s Rose McGowan half naked and preparing to wield her sword as fantasy heroine Red Sonja in the new action adventure produced by her “Grindhouse” director Robert Rodriguez. The new poster for the highly anticipated remake made its debut at Comic-Con in San Diego. Doug Aarniokoski (“Highlander: Endgame”) is set to direct the pic with a 2009 scheduled release date. 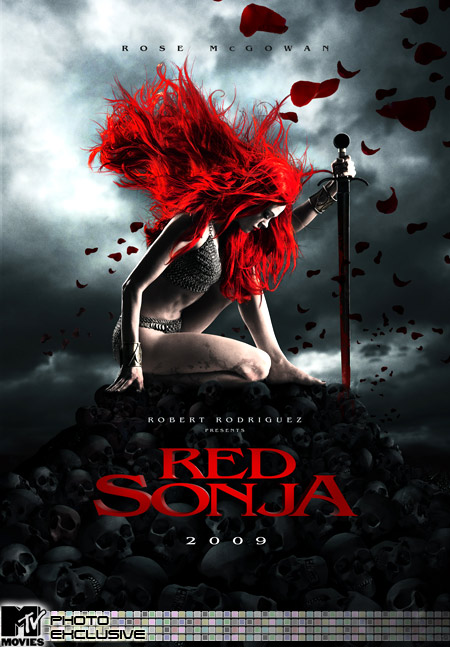