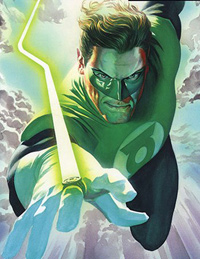 If the deal is completed, it would make Reynolds the only actor to have played heroes for both Marvel and DC. He recently starred in a comic book movie, Fox’s ‘X-Men Origins: Wolverine’, where he played “the merc with a mouth” Deadpool. The character is now being developed for a spin-off to which Reynolds is attached. He also played Marvel’s vampire hunter Hannibal King in ‘Blade: Trinity’.

Reynolds will play Hal Jordan, the second Green Lantern, a second-generation test pilot who was given the power ring and battery (lantern) by a dying alien named Abin Sur. When Abin Sur’s spaceship crashed on Earth, the alien used his ring to seek out an individual to take his place as Green Lantern: someone who was “utterly honest and born without fear.”