It doesn’t sound like the likeliest pairing, but it works surprisingly well. Samuel L. Jackson and the late Bernie Mac make a winning duo in the bawdy buddy road-trip picture “Soul Men”.

The material doesn’t consistently do justice to their talents, but the movie is worth seeing for their chemistry and for the Motown-infused soundtrack.

The comic role of a washed-up backup singer is a departure for Jackson, though lately he has shown that he can pull off almost any part.

Watching the charismatic Mac is bittersweet. Dedicated to Mac and Isaac Hayes, the film closes on a poignant note, with Mac musing about his life and career in comedy. In addition to Mac and Hayes, the movie brings to mind the recently deceased Levi Stubbs, lead singer of the Four Tops.

Floyd (Mac) and Louis (Jackson) were two-thirds of a popular trio in the 1960s and ’70s. Not quite the Pips, closer perhaps to the Miracles, Floyd and Louis found themselves standing in the shadow cast by lead singer Marcus Hooks (John Legend). Marcus launched a solo career, attaining fame and fortune, while Floyd and Louis paired up for a while as Soul Men. Their subsequent split was bitter. Floyd went on to success in the car wash business, while Louis’ life went seriously downhill, including a stint in prison. A couple of decades elapsed without their speaking to each other.

When Marcus dies, they are asked to take part in a tribute at the Apollo Theater. Floyd, now retired, persuades the down-and-out Louis to re-team for the special event, and the cantankerous pair embark on a road trip.

Too much of the comedy feels worn out. Worse, the least funny gags are used more than once; such as the ill-advised gunplay that ends up wreaking havoc on Floyd’s beloved Caddy. Then there are the tired jokes about Viagra, bad hips and other maladies of those past their primes.

There are stale slapstick bits as well as some gross-out humor amid the irreverent camaraderie of Mac and Jackson.

Following on the heels of a banal scene in which a gun misfires, the two fall into an impromptu song and dance on the side of the road. It’s just a few engaging minutes, nothing elaborate. But it’s hard to resist. One gets the impression that Mac and Jackson enjoyed their time together as much as audiences will.

[ad name=”468×60-text-ad”] Agent 007 (Daniel Craig) is a very mad man in Quantum of Solace, a cold and vengeful chapter in the James Bond saga with little interest in coherence,… 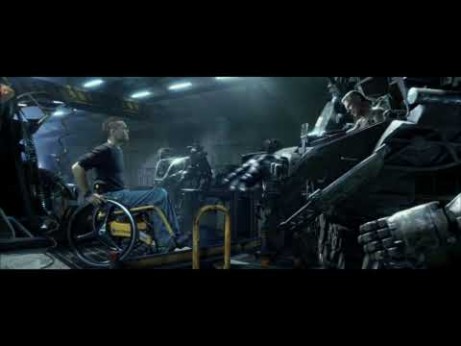 The force finally awakened at the world premiere in LA last night to glowing first reviews on social media.