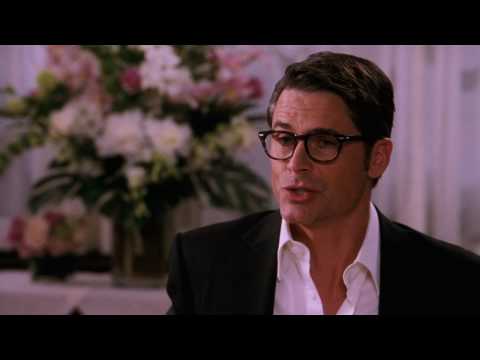 Set in a world where the concept of lying doesn’t exist, a loser (Ricky Gervais) changes his luck when he invents lying and uses it to get ahead. ‘The Invention of Lying’ opens in theaters October 2, 2009. Check out both the domestic and international movie trailers below.

Plot Details: From Ricky Gervais, the award-winning creator and star of the original BBC series “The Office” and HBO’s “Extras,” comes the new romantic comedy “The Invention of Lying,” which takes place in an alternate reality where lying–even the concept of a lie–does not exist. Everyone–from politicians to advertisers to the man and woman on the street–speaks the truth and nothing but the truth with no thought of the consequences. But when a down-on-his-luck loser named Mark suddenly develops the ability to lie, he finds that dishonesty has its rewards. In a world where every word is assumed to be the absolute truth, Mark easily lies his way to fame and fortune. But lies have a way of spreading, and Mark begins to realize that things are getting a little out of control when some of his tallest tales are being taken as, well, gospel. With the entire world now hanging on his every word, there is only one thing Mark has not been able to lie his way into: the heart of the woman he loves.

The Invention of Lying – Movie Trailer

[ad name=”468×60-text-ad”] Julianne Hough and Josh Duhamel get romantic in Relativity Media’s movie trailer debut for Safe Haven, based on the best-selling novel by Nicholas Sparks. Cobie Smulders and David…