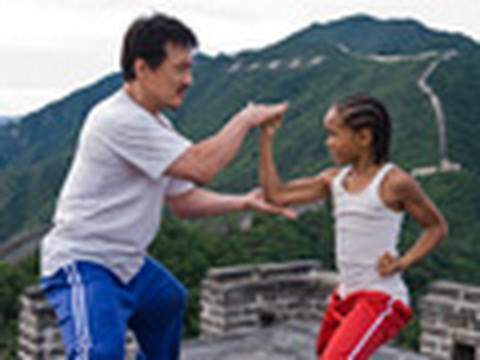 [ad name=”468×60-text-film-ad”]
See Jackie Chan and Jaden Smith in the movie trailer and photo gallery for ‘The Karate Kid’. Twelve-year-old Dre Parker could’ve been the most popular kid in Detroit, but his mother’s latest career move has landed him in China. Dre immediately falls for his classmate Mei Ying — and the feeling is mutual — but cultural differences make such a friendship impossible.

Tom Hardy and Gary Oldman star in the trailer for the serial killer thriller Child 44.