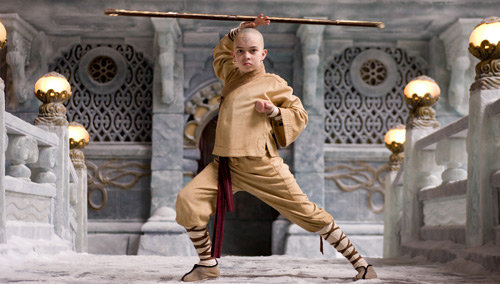 Based on the hugely successful Nickelodeon animated TV series, the live-action feature film is set in a world where human civilization is divided into four nations: Water, Earth, Air and Fire.

The Fire Nation is waging a ruthless, oppressive war against the other three nations. The film’s hero, the reluctant young Aang (Noah Ringer), is the “Last Airbender” — the Avatar who, according to prophecy, has the ability to manipulate all of the elements and bring all the nations together. Aided by a protective teenage Waterbender named Katara (Nicola Peltz) and her bull-headed brother Sokka, Aang proceeds on a perilous journey to restore balance to their war-torn world.