[ad name=”468×60-text-film-ad”]
Dylan O’Brien, Kaya Scodelario and Thomas Brodie-Sangster star in the dystopian thriller Maze Runner: The Scorch Trials, based on the second book in the ‘Maze Runner’ series by James Dashner. Watch the movie trailer below.
After having escaped the Maze, the Gladers now face a new set of challenges on the open roads of a desolate landscape filled with unimaginable obstacles. 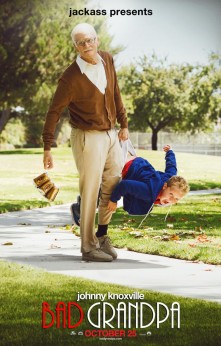 Johnny Knoxville and Jackson Nicoll star in the hidden camera comedy Jackass Presents: Bad Grandpa, from the makers of Jackass. Paramount Pictures has released the first movie poster and you…