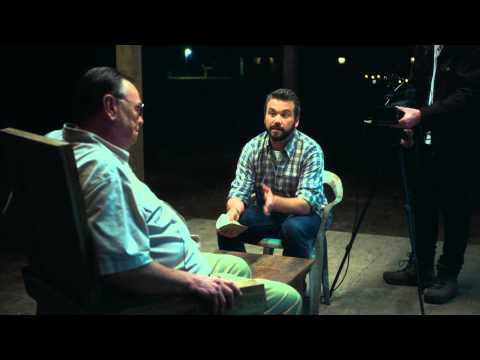 [ad name=”468×60-text-film-ad”]
AJ Bowen, Amy Seimetz and Joe Swanberg star in the Jonestown Massacre-inspired horror thriller The Sacrament. Watch the movie trailer, view the photo and movie poster for The Sacrament below. The Eli Roth-produced “found footage” thriller follows a group of journalists shooting a doc about a man’s attempt to locate his missing sister. They find her in a rural cult preparing for a mass suicide.

Reporters Sam (AJ Bowen) and Jake (Joe Swanberg) from VICE Media journey to a remote Central American compound along with a photographer (Kentucker Audley) hoping to reunite with his sister (Amy Seimetz), who has dropped off the map after struggling with drug addiction. They find an isolated community of true believers devoted to a shadowy but charismatic figure called “Father” (Gene Jones). Skeptical at first, the journalists begin to come around to the group’s utopian claims, until things rapidly take a very dark turn. 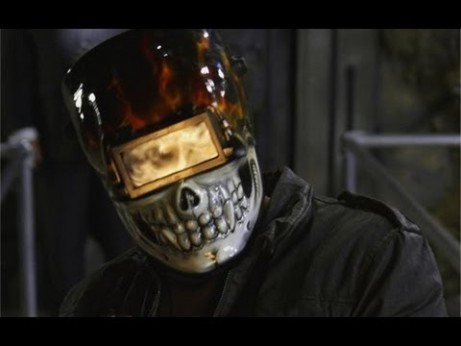 [ad name=”468×60-text-film-ad”] John Dies at the End Red Band Trailer. Chase Williamson, Rob Mayes and Paul Giamatti star in the horror comedy, based on the book John Dies at the…

Top Gun 2 will explore the end of the manned fighter jet era and rise of the drone aircraft.