For Sin City fans, who have been waiting years for the sequel, Friday will be a day to kill for. That’s when Frank Miller’s Sin City: A Dame to Kill For finally hits theaters.

Early reviews are starting to roll in and so far, at least one critic, YouTuber Chris Stuckmann loves the new movie. Watch the movie review below.

Co-directors Rodriguez and Miller reunite to bring Miller’s visually stunning Sin City graphic novels back to the screen. Weaving together two of Miller’s classic stories with new tales, the town’s most hard boiled citizens cross paths with some of its more notorious inhabitants.

[ad name=”468×60-text-ad”] First look at Jessica Alba, Mickey Rourke, and Joseph Gordon-Levitt in Sin City: A Dame To Kill For, the 3D follow up to Robert Rodriguez and Frank Miller’s… 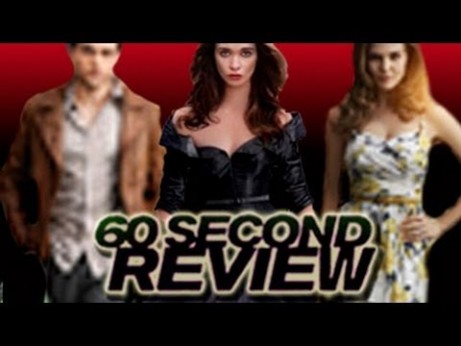 The latest movie reviews and critic scores from RottenTomatoes.com, the internet’s most popular review aggregator.