Dwayne Johnson, Emily Blunt and Edgar Ramírez star in the action adventure Jungle Cruise, based on Disneyland’s theme park ride. A small riverboat takes a group of travelers through a jungle filled with dangerous animals and reptiles, but with a supernatural element. 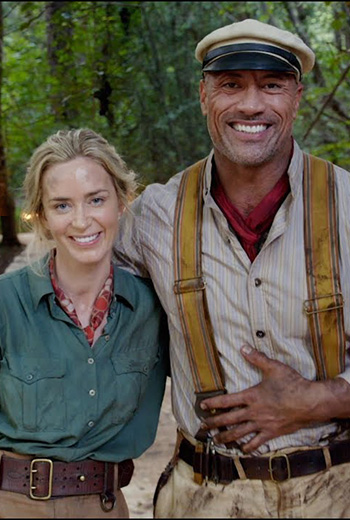 In Disney’s Jungle Cruise live-action movie Emily Blunt will join Dwayne Johnson on the adventure of a lifetime. The movie will riff of the iconic Disney theme park attraction, which itself was a riff on iconic adventure films like 1951’s “The African Queen” starring Katharine Hepburn and Humphrey Bogart. The Jungle Cruise movie will try to capture some of the humor of the attraction, as well as the adventure.