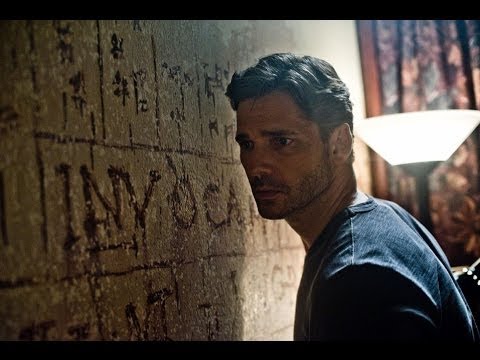 [ad name=”468×60-text-film-ad”]
Eric Bana, Edgar Ramirez and Olivia Munn star in the supernatural horror thriller Deliver Us From Evil, based on the book ‘Beware the Night’ by Ralph Sarchie and Lisa Collier Cool. Watch the ‘Deliver Us From Evil’ movie trailers and photos below. NY police officer Ralph Sarchie (Bana) joins forces with an unconventional priest (Ramirez), schooled in the rituals of exorcism, to combat the demonic possessions that are terrorizing their city. In “Deliver Us From Evil,” New York police officer Ralph Sarchie (Eric Bana), struggling with his own personal issues, begins investigating a series of disturbing and inexplicable crimes. He joins forces with an unconventional priest (Edgar Ramirez), schooled in the rituals of exorcism, to combat the frightening and demonic possessions that are terrorizing their city. Based upon the book, which details Sarchie’s bone-chilling real-life cases.