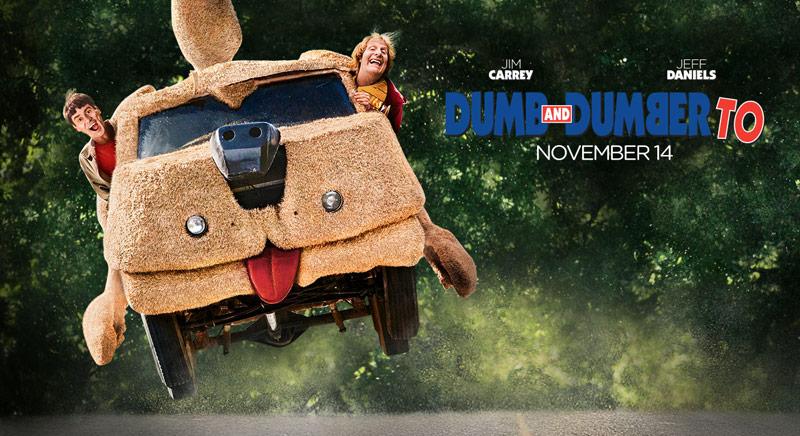 Universal Pictures has released the first movie trailer and new poster for the Farrelly brothers comedy sequel Dumb And Dumber To, starring Jim Carrey, Jeff Daniels, Kathleen Turner and Laurie Holden. You can see the Dumb and Dumber To trailer and poster here.

Jim Carrey and Jeff Daniels reprise their signature roles as Lloyd and Harry in the sequel to the smash hit that took the physical comedy and kicked it in the nuts: Dumb and Dumber To. The original film’s directors, Peter and Bobby Farrelly, take Lloyd and Harry on a road trip to find a child Harry never knew he had and the responsibility neither should ever, ever be given.

[ad name=”468×60-text-ad”] Check out the new computer animated title treatment for Zack Snyder’s Man of Steel. Back in July when Warner Bros. revealed the teaser trailer for Man of Steel…