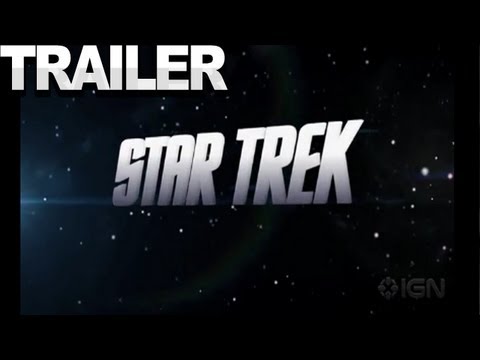 Paramount and Namco Bandai Games have revealed the villains in the upcoming Star Trek video game. The legendary lizard-like race known in Trek lore as “The Gorn” will play the destructive villains.

The studio also revealed that actors Chris Pine and Zachary Quinto who starred as Captain James T. Kirk and Mr. Spock in producer and director J.J. Abrams’ Star Trek (2009) film reboot and the forthcoming Star Trek sequel, will reprise their roles in the game.

With a storyline occurring after the events of the Star Trek reboot, the Star Trek video game puts players in the shoes of seminal heroes Captain James T. Kirk and Mr. Spock, inviting them to work together to take on the ferocious Gorn in this epic action adventure.

The game is being developed by Ontario-based developer Digital Extremes (Bioshock 2, Unreal Tournament, Dark Sector, The Darkness II) with production being overseen by Paramount Pictures and a scheduled release in early 2013 for Xbox 360 video game and entertainment system from Microsoft, PlayStation 3 and Windows PC.

[ad name=”468×60-text-film-ad”] Exclusive: Character actor Michael Cerveris, best known for playing The Observer on the FOX television show ‘Fringe’, can be added to the list of names being considered for…

[ad name=”468×60-text-film-ad”] Relativity Media has announced the studio has optioned the feature film rights for ‘Voltron’, and will adapt the live-action big screen version from the 1984 cult-classic animated series…