[ad name=”468×60-text-film-ad”]
Warner Bros. has released the first official image of Stephen Amell as Green Arrow for the CW TV pilot, Arrow. Based on the DC Comics character Green Arrow, “Arrow” stars Stephen Amell as Oliver Queen, a billionaire playboy who now fights crime as a vigilante. After being marooned for five years on a remote island, former billionaire playboy Oliver Queen returns with a mysterious agenda and a lethal set of new skills that he uses in a war on crime. 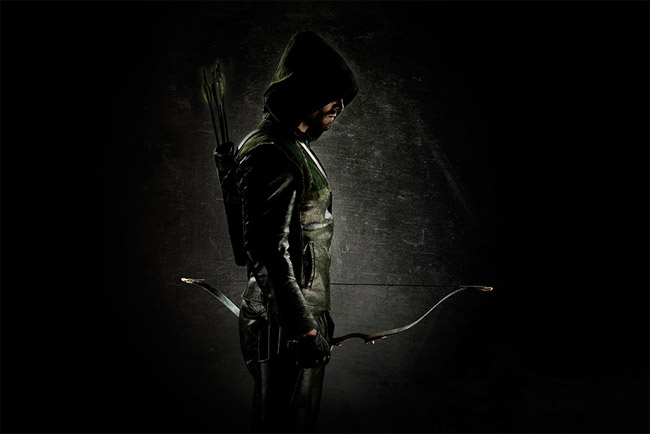