A look at the first movie banner for Battleship, Universal Pictures’ big-screen adaptation of the Hasbro board game. The promo artwork is on display at the Licensing International Expo in Las Vegas – and was photographed by ComingSoon.net.

In the film, a small fleet of naval ships are pitted against an alien force intent on enriching Earth’s valuable assets to ensure their survival. Directed by Peter Berg, the science fiction adventure stars Taylor Kitsch (Disney/Pixar’s John Carter and Oliver Stone’s Savages), Liam Neeson, Alexander Skarsgård, Rihanna and Brooklyn Decker. Battleship hits theaters next summer on May 25, 2012. You can check out the banner below! 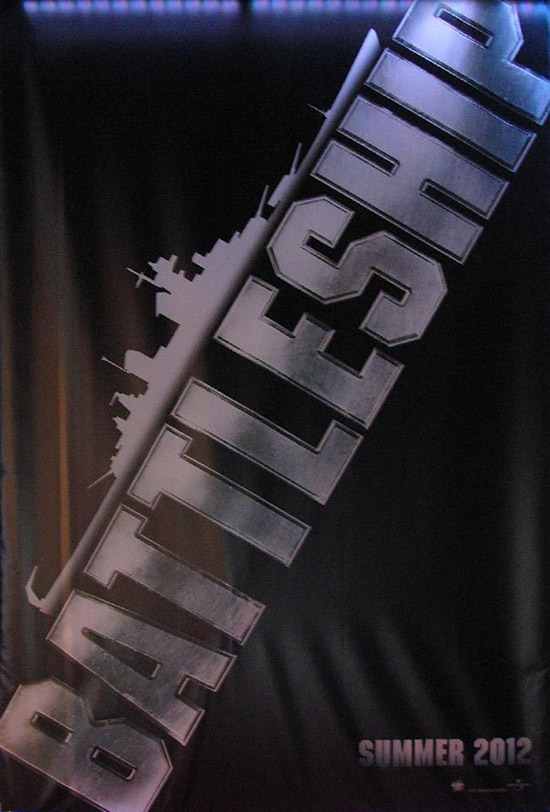