Oprah Winfrey will announce on Friday that her popular daytime talk show, “The Oprah Winfrey Show,” will end its run in 2011, Tim Bennett, the President of Harpo, announced in a letter released to ABC affiliates on Thursday.

“Tomorrow, Oprah will announce live on ‘The Oprah Winfrey Show’ that she has decided to end what is arguably one of the most popular, influential and enduring programs in television history,” he wrote in the letter. “The sun will set on the ‘Oprah’ show as its 25th season draws to a close on September 9, 2011.”

Bennett said he was sending out the letter to keep the affiliates from being surprised at tomorrow’s announcement.

“Before she speaks to her loyal viewers, we wanted to share her decision first with you – our valued partners for more than two decades,” he wrote.

And he urged the stations to “share this news this evening with your colleagues and viewers.”

“Oprah’s personal comments about this on tomorrow’s live show will mark a historic television moment that we will all be talking about for years to come,” he added.

Just a few weeks ago, a rep for Oprah said the TV queen planned to make an announcement by year’s end about whether she was planning to make a leap from her current daytime talk show to her previously announced cable channel, the Oprah Winfrey Network (OWN).

It appears the decision was one that was made only recently. Just two weeks ago — at the Glamour Women of the Year Awards in New York City — Oprah’s best friend, Gayle King, said Oprah was still weighing her options.

But Gayle said she wasn’t playing advisor over the decision, just longtime friend.

“Listen, Oprah and I have been friends since we were 21 and 22 and now we’re 54 and 55,” she said, citing her and Oprah’s ages, respectively. “We talk about everything but she’s a big girl. She will make the decision that is right for her. No question about that. Whatever that is. It’ll be the right decision for her.”

Previously, at the September Toronto premiere for “Precious,” a film Oprah executive produced, Oprah revealed she was still putting in the deliberation hours.

“I haven’t made a decision yet and I have until the end of the year,” she said. “But you know I think that deserves more thoughtful consideration than a red carpet.” Source

[ad name=”468×60-text-ad”] Actor Cory Monteith, who played the character Finn Hudson on the Fox TV series Glee, about a high school glee club, was found dead in his room on… 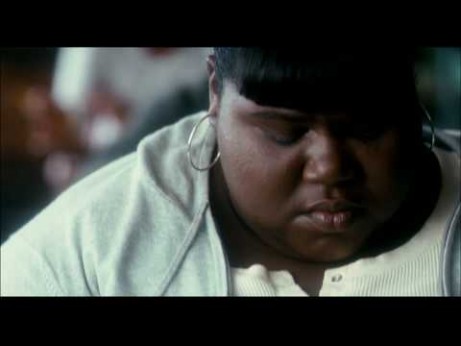 Watch the second movie trailer for the urban drama ‘Precious’, featuring the film’s producers Oprah Winfrey and Tyler Perry. ‘Precious: Based on the Novel ‘PUSH’ by Sapphire’ stars Mo’Nique, Paula…