[ad name=”468×60-text-ad”]
Vanity Fair has released seven portraits online from their new Star Wars: The Force Awakens cover issue. You can check them out below with new details about the characters.

Next-generation bad guy Kylo Ren (Adam Driver) commands snowtroopers loyal to the evil First Order on the frozen plains of their secret base. Actress Daisy Ridley for a scene in which her character, the young heroine Rey, pilots her speeder through a bustling marketplace on the planet Jakku. A small galaxy’s worth of tracking dots affixed to Lupita Nyong’o’s face allowed artists at Industrial Light & Magic to transform her into the C.G.I. character Maz Kanata. Here, in the final Annie Leibovitz portrait from the set of ‘The Force Awakens’ is ‘Game of Thrones’ star Gwendoline Christie in all her helmeted glory. Captain Phasma is a member of the First Order—the film’s new version of the evil Empire. 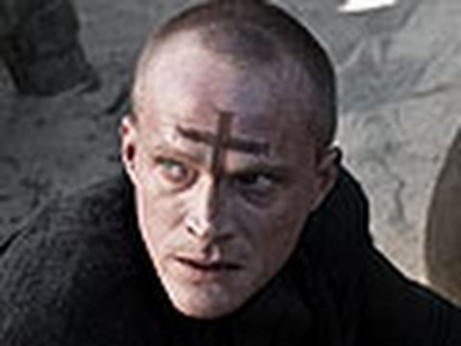 Check out the movie poster for ‘Michael Jackson’s This Is It’, the concert documentary that will arrive theaters October 28, 2009. Tickets for the two-week presentation will go on sale…