[ad name=”468×60-text-film-ad”]
Ed Helms, Jake Johnson and Jeremy Renner star in the comedy TAG, based on the Wall Street Journal article about a group of friends who have been playing a no-holds-barred version of Tag for the last 30 years. 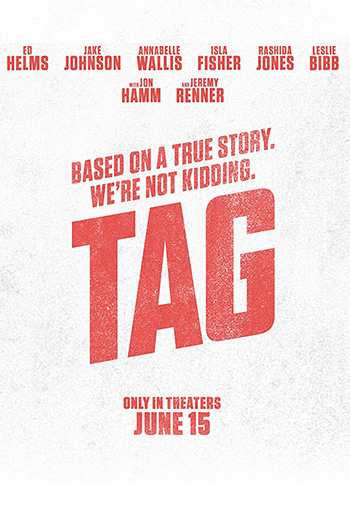 A small group of former classmates organize an elaborate, annual game of tag that requires some to travel all over the country.