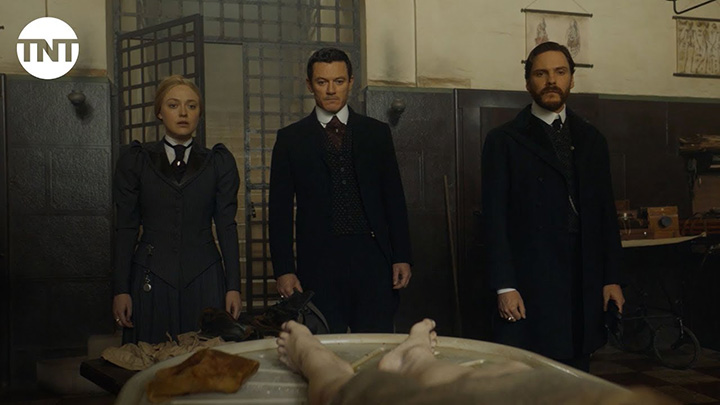 Based on the New York Times bestseller by Caleb Carr, The Alienist TNT series follows the hunt for a series killer responsible for the gruesome murders of boy prostitutes. ‘The Alienist’ premieres January 22, 2018 on TNT!

The psychological thriller drama is set in 1896, when a series of gruesome murders of boy prostitutes has gripped the city. Newly appointed top cop Teddy Roosevelt calls upon Dr. Laszlo Kreizler, a criminal psychologist — aka alienist — and newspaper illustrator John Moore to conduct the investigation in secret. Joining them in the probe is Sara Howard, a headstrong secretary at Police Headquarters.