The official motion poster has arrived for the upcoming action-adventure The Hunger Games, with a new flaming mockingjay logo and tagline “May The Odds Be Ever In Your Favor.” The movie stars Jennifer Lawrence (X-Men: First Class), Josh Hutcherson (Journey to the Center of the Earth), Liam Hemsworth (Thor) and is directed by Gary Ross (Seabiscuit). The Hunger Games arrives in theaters on March 23, 2012.

Based on the first novel of the trilogy by Suzanne Collins, “The Hunger Games” chronicles a dystopic capitol which requires its twelve subjugated districts to pay tribute in the form of a teenage boy and girl who are forced to participate in the annual Hunger Games, a fight to the death on live TV. 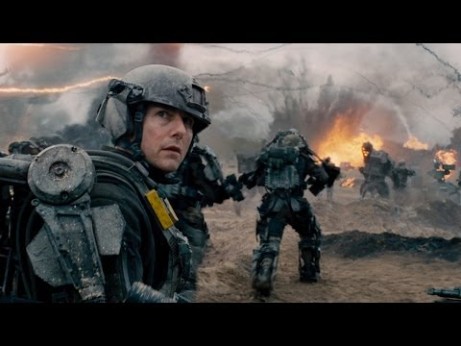