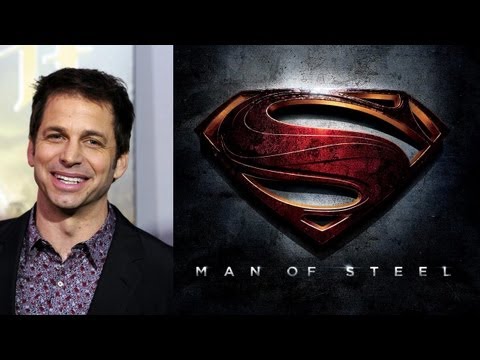 Director Zack Snyder confirms ‘Superman’ will not continue storyline but keeping mum about casting. While attending the UK premiere of his animated film ‘Legend of the Guardians: The Owls of Ga’Hoole’, Zack Snyder (Sucker Punch, Watchmen, 300) found himself interviewed not about flying owls but about a flying man – Superman.

Leicester Square TV asked the director if the new movie would be a sequel or prequel to the previous ‘Superman’ films, “It’s got nothing to do with the other movies,” Snyder replied. When asked if Brandon Routh would return as the Man of Steel, Zack’s wife, and longtime executive producer, Deborah Snyder cut in with “It’s way too early to be discussing any of that.” You can watch the entire interview below.

[ad name=”468×60-text-ad”] Warner Home Video has provided us with the Features and Artwork for the DVD and Blu-ray release of the highly anticipated 4 and 5-Disc ‘Watchmen: The Ultimate Cut’…

Nu Image and Millennium have secured a financing deal for the all-star action sequel, The Expendables 4.