Ferdia Shaw, Josh Gad and Judi Dench star in Disney’s fantasy-adventure Artemis Fowl, based on the series of young adult fantasy novels written by author Eoin Colfer. Directed by Kenneth Branagh and written by Michael Goldenberg (Harry Potter and the Order of the Phoenix). Be the first to see the official Artemis Fowl movie trailer, Subscribe or bookmark this page. 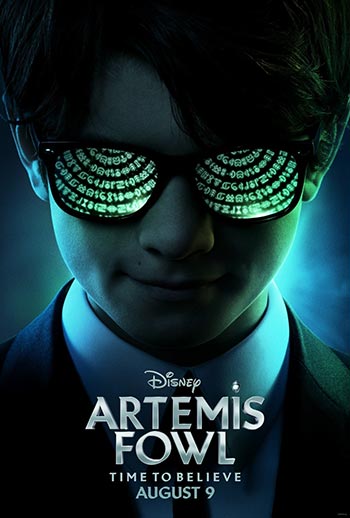 Based on the series of novels written by author Eoin Colfer, “Artemis Fowl” was directed by Kenneth Branagh (Murder on the Orient Express) and written by Michael Goldenberg (Harry Potter and the Order of the Phoenix). Artemis Fowl (Ferdia Shaw), a teenage genius and criminal mastermind, captures the Fairy LEPrecon officer Holly Short (Lara McDonnell) and holds her for gold to fund the search for his missing father. Subscribe or bookmark this page to be the first to know when the Artemis Fowl movie trailer is released.