Aubrey Plaza, Gabriel Bateman and Brian Tyree Henry star in the Chucky reboot, Child’s Play. A mother gives her son an advanced toy doll for his birthday, unaware of its programming has been hacked. 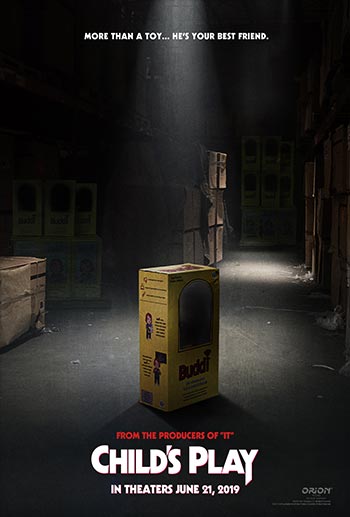 Aubrey Plaza (Safety Not Guaranteed) and Brian Tyree Henry (FX’s Atlanta) are starring in the “Child’s Play” reboot directed by Lars Klevberg (Polaroid). Tyler Burton Smith wrote the screenplay based on the 1988 horror film. In the reboot, Plaza stars as a mother who gives her son Andy, portrayed by Gabriel Bateman (Lights Out), a toy doll for his birthday, unaware of its more sinister nature. The new version of the killer doll won’t be a doll possessed by a serial killer but will be a defective Buddy doll whose programming code was hacked so that he has no limitations to learning and also violence.

Additional cast includes Beatrice Kitsos (The Exorcist) and Ty Consiglio (Wonder) who will be playing the roles of Falyn and Pugg respectively, two friends of Andy Barclay in the new film which is currently shooting in Vancouver. Carlease Burke (Jumanji: Welcome to the Jungle) will also star in the film. “IT” producers David Katzenberg and Seth Grahame-Smith will produce under their KatzSmith Productions banner.