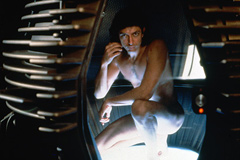 Director David Cronenberg is in talks to reboot his 1986 remake of Kurt Neumann’s 1958 science fiction classic ‘The Fly’, for 20th Century Fox.

In the past director David Cronenberg said he didn’t want to be involved with a remake of ‘The Fly’ but he has apparently swallowed a bug. Cronenberg is now interested in writing and directing the potentially effects-heavy tent-pole reboot.

The 1986 film starred Jeff Goldblum and Geena Davis, became a huge hit for Fox and turned into a phenomenon. It centered on Seth Brundle, a brilliant but eccentric scientist who attempts to woo investigative journalist Veronica Quaife by offering her a scoop on his latest research in the field of matter transportation. Brundle thinks he has ironed out the last problem when he successfully transports a living creature. But when he attempts to teleport himself, a fly enters one of the transmission booths and he finds he is slowly transforming into a terrifying mutant creature.

The sequel ‘The Fly II’ starring Eric Stoltz and Daphne Zuniga and directed by Chris Walas, who did effects work on the 1986 version, was received poorly at the box office and was panned by critics. Source
[ad name=”300×250-img-ad”] 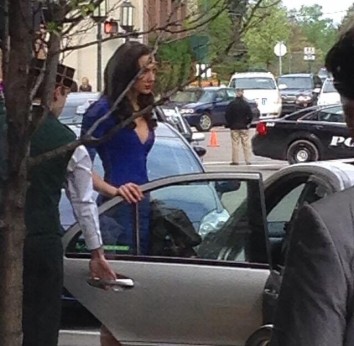 Warner Bros. has revealed the MPAA rating for Zack Snyder’s highly anticipated Superman reboot, Man of Steel. The film received a PG-13 “for intense sequences of sci-fi violence, action and…

[ad#300×250-txt-bdy-ad]Wanna see a free advance movie screening of the superhero adventure ‘Watchmen’ before anyone else? Of course you do, who doesn’t. If the trailer, TV Spots and the award-winning graphic novel the…