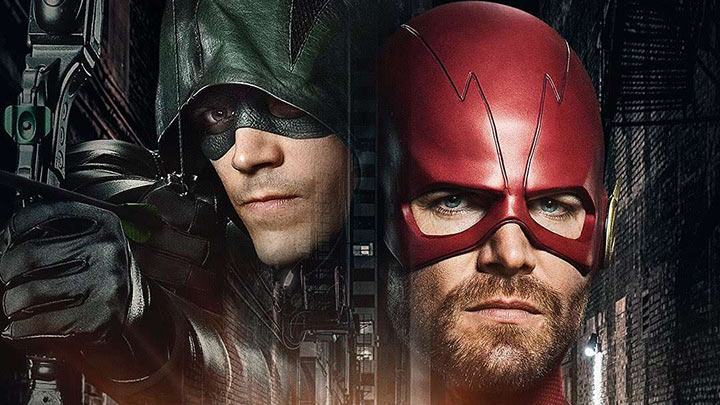 Grant Gustin, Stephen Amell, Melissa Benoist star in The CW’s Elseworlds. The 3-night Arrow-verse crossover event, begins Sunday, December 9th spanning episodes of The Flash, Arrow and Supergirl. Watch the Elseworlds trailer below! Barry Allen and Oliver Queen wake up one morning to find they’ve swapped bodies with each other…

Barry Allen and Oliver Queen wake up one morning to find they’ve swapped bodies with each other. They set off to find out what disturbed the timeline to cause such a shift, and things quickly go from bad to worse when they present their case to Team Flash and the gang doesn’t believe them. Barry and Oliver realize they need Supergirl’s help and travel to Smallville on Earth-38 where they end up meeting Kara’s cousin, Clark Kent, and intrepid reporter, Lois Lane.

The CW has released the first trailer for DC’s Legends of Tomorrow, starring Brandon Routh and Wentworth Miller.

The CW has revealed the first official image of actor Tom Cavanagh as The Reverse Flash.