Confessions of a Shopaholic – Sale-ing on DVD

The romantic comedy is available now on 1-Disc, 2-Disc DVD and 2-disc Blu-ray editions – each with Digital Copy. You can view the DVD and Blu-ray cover art below.

Synopsis
When fashionista Rebecca Bloomwood’s out-of-control spending reaches the outer limits of her credit cards, she is forced to find employment to pay for her label-icious wardrobe. Her dream job is a position at New York’s top fashion rag Alette, but she has to settle for a desk at Successful Saving, a struggling financial magazine owned by the same publishing company. With a dogged debt collector (Robert Stanton) hot on her stilettos, Becky becomes the unlikely author of a column on saving money — with a little help from her friends at Google. Her unconventional outlook on money matters attracts the approval of her dreamy boss, Luke Brandon (Hugh Dancy), and Becky begins to think maybe there is a whole new world waiting for her just a few steps away from Madison Avenue.

Confessions of a Shopaholic sports bonus features including bloopers, deleted scenes, and a music video. The Blu-ray has even more bonus features, including a look behind the making of this season’s must-have accessory for anyone who loves to laugh. 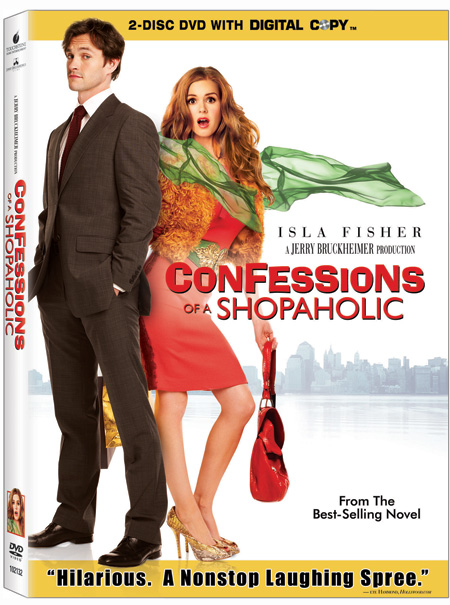 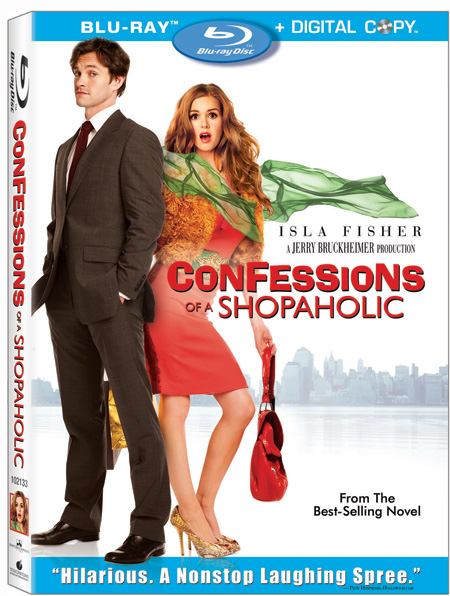