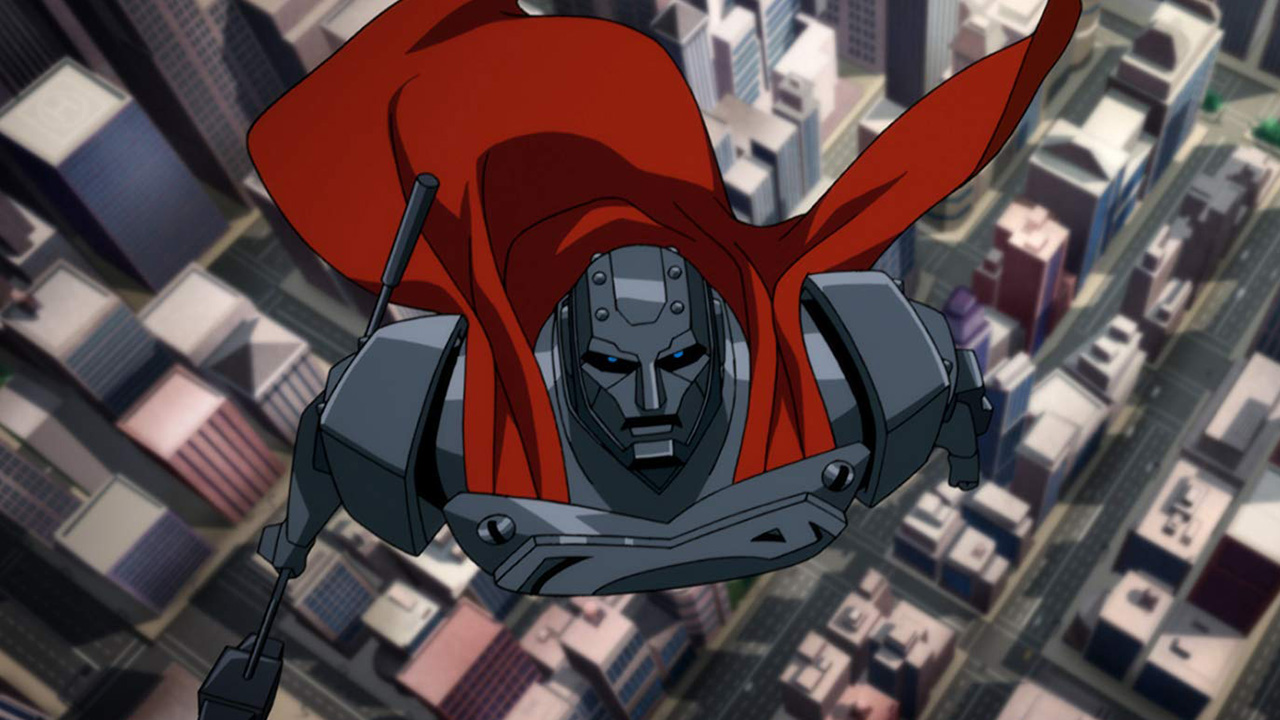 Warner Bros. Home Entertainment has officially announced they will release the animated superhero movie Reign of the Supermen on 4K Blu-ray and Blu-ray. The DC Universe Movie will be available to own on January 29, 2019.

The world must cope with the loss of Superman – and the sudden emergence of four would-be heirs to the title – in the all-new, action-packed Reign of the Supermen, part of the popular series of DC Universe Movies.

Reign of the Supermen finds Earth’s citizens – and the Man of Steel’s heroic contemporaries – dealing with a world without Superman. But the aftermath of Superman’s death, and the subsequent disappearance of his body, leads to a new mystery – is Superman still alive? The question is further complicated when four new super-powered individuals – Steel, Cyborg Superman, Superboy and the Eradicator – emerge to proclaim themselves as the ultimate hero. In the end, only one will be able to proclaim himself the world’s true Superman.

Reign of the Supermen is the second half of a two-part DC Universe Movies experience that began in August 2018 with The Death of Superman – the two films telling a more faithful animated version of “The Death of Superman,” DC’s landmark 1992-93 comic phenomenon. Superman Doomsday, the inaugural film in the DC Universe Movies series, told an abridged version of that comics story, but with a runtime of 75 minutes, the film was only able to focus on a core, singular storyline. The Death of Superman and Reign of the Supermen restore many of the moments and characters that fans hold dear to their hearts.

“Warner Bros. Home Entertainment is proud to continue the most popular Superman story of all time which began in The Death of Superman,” said Mary Ellen Thomas, Warner Bros. Home Entertainment Vice President, Family & Animation Marketing. “Reign of the Supermen is the thrilling story of how the world reacts to the shocking death of its protector. No true comic fan will want to miss this larger than life story of the heroes and villains who rise to fill the void.” The DVD and Blu-ray Release Calendar has been updated with new release dates for many upcoming titles including: Man of Steel, Turbo, Dexter: The Complete Final Season, Blackfish, Frances Ha,…