Justice League 2, the sequel to ‘Justice League’ (2017) has been indefinitely delayed to accommodate standalone films for Wonder Woman, Aquaman, Batman, Joker and The New Gods. 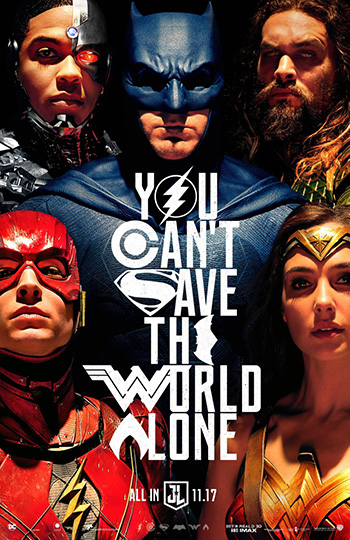 The sequel to the first ‘Justice League’ movie has been indefinitely delayed to accommodate standalone films for characters in and outside of the League.

Matt Reeves is set to write and direct The Batman. The cape crusader unleashes his terror into the heart of criminals to free a crime-ridden Gotham City from the corruption that a crime organization has cast upon it.

Joaquin Phoenix, Robert De Niro and Zazie Beetz star in director Todd Phillips’ Joker origin movie, based on characters from DC Comics. Before he was a supervillain and the archenemy of Batman, Arthur Fleck / Joker (Phoenix) was a man disregarded by society.

Ava DuVernay (A Wrinkle In Time) will direct DC’s The New Gods created by comic book innovator Jack Kirby. The New Gods are advanced beings with abilities that position them as new deities for a dawning age, replacing the likes of the Greek and Roman pantheons of old.