Is Warner Bros. Casting The New Superman Movie Around Actor Ben Affleck?
We doubt that director Zack Snyder’s Man of Steel will have any similarities to the slow-moving drama Hollywoodland starring Ben Affleck as George Reeves, TV’s Superman. But audiences may have an all new Six Degrees of Separation game by tracing the links between the all-star cast of ‘Man of Steel’ and actor-director Ben Affleck. 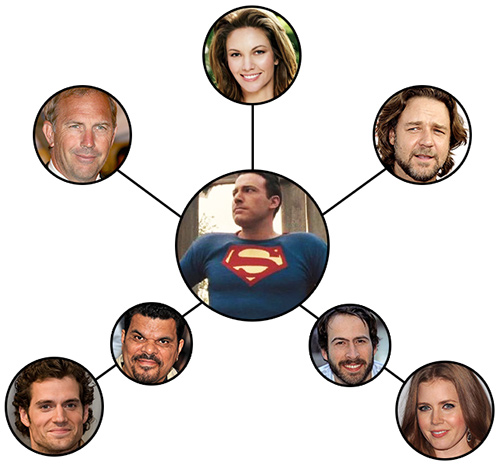 RUSSELL CROWE
Man of Steel: Russell Crowe is reportedly in talks to play Superman’s biological father Jor-El.
The Connection: In the political remake ‘State of Play’, Russell Crowe’s plays an investigative reporter opposite Ben Affleck as a congressman neck-deep in controversy.

HENRY CAVILL
Man of Steel: Henry Cavill takes on the daul role of Clark Kent/Superman, the iconic Man of Steel.
The Connection: Henry Cavill co-stars in ‘The Count of Monte Cristo’ with character actor Luis Guzmán. While brief, Guzmán appears in ‘He’s Just Not That Into You’, an ensemble romantic comedy that includes Ben Affleck.
[ad#facebook-like-box-bottom]